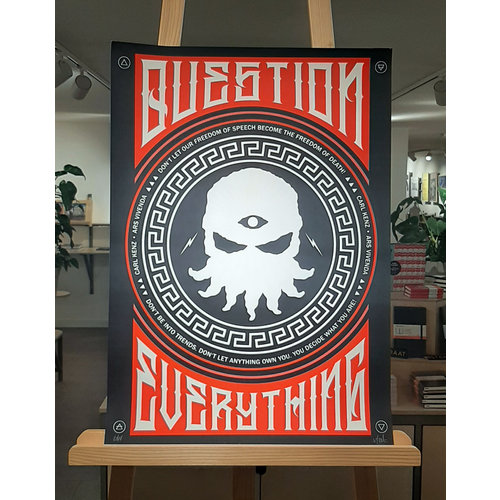 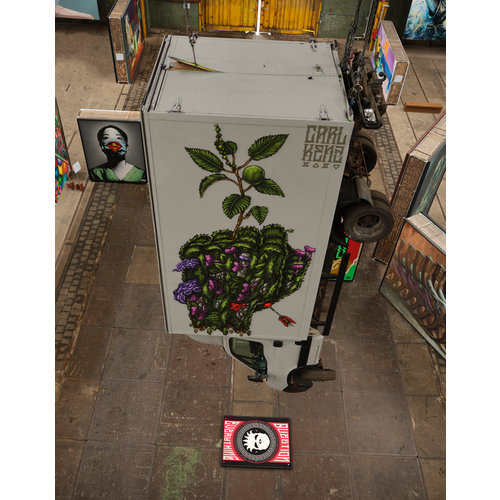 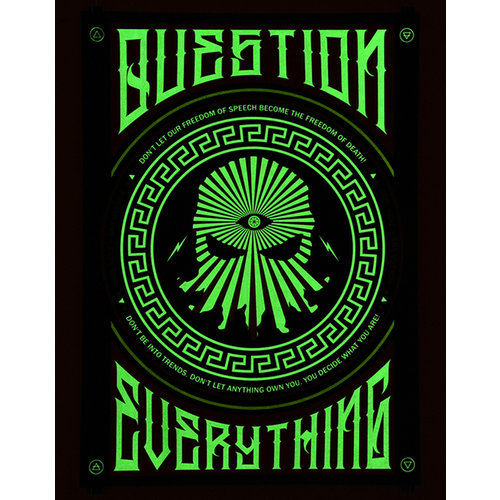 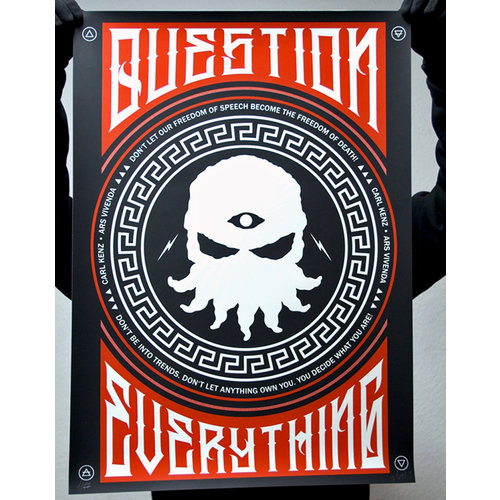 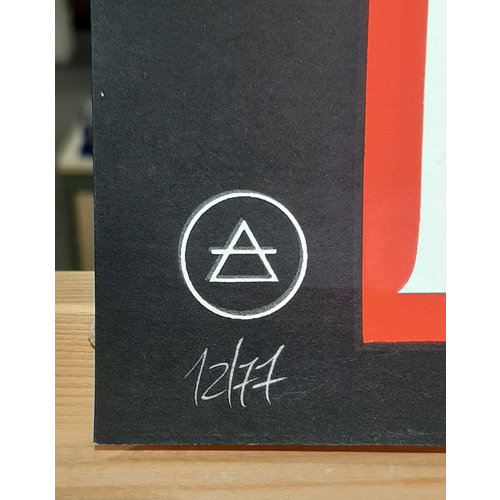 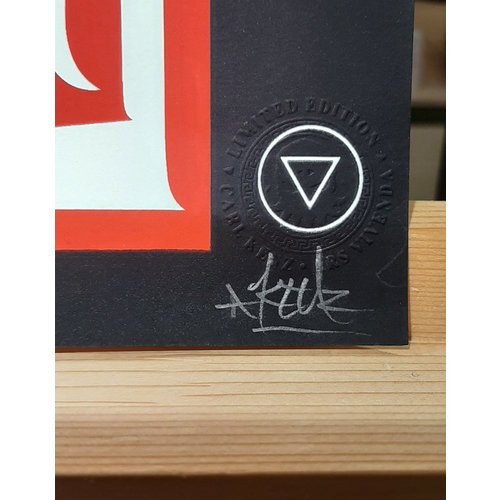 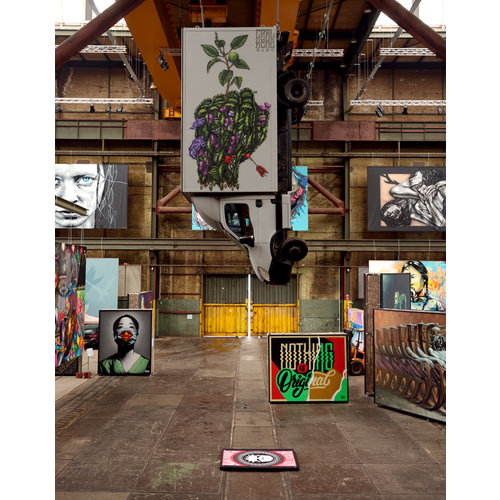 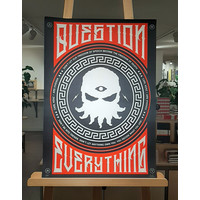 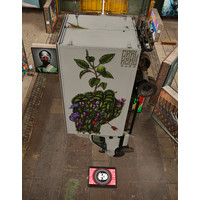 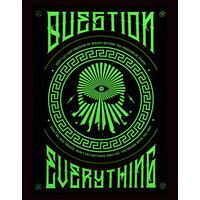 Carl Kenz - Question everything, Glow in the dark signed print

Questioning things is in my nature. Even as a child I had more questions than answers, which is still today a permanent constant through my life. Being able to understand things is one of the most important and universal approaches to solving problems. Yet questioning things, processes and global proceedings in human history is becoming more and more an established marginal phenomenon. The abundance of information these days makes it easier and at the same time more difficult than ever to form a well-founded opinion for yourself. Questioning is exhausting, but trust instead is relatively effortless. The social discourse and dissenting opinions are increasingly turning into conspiracy theories as a result of which the authors will be discredited, Cancel Culture !? Conspiracy theory, a word creation, combat term and dogma, initiated and instrumentalized by the CIA after the JFK assassination !? In the end one question remains, how can you retrace if you don't even try to understand ?!