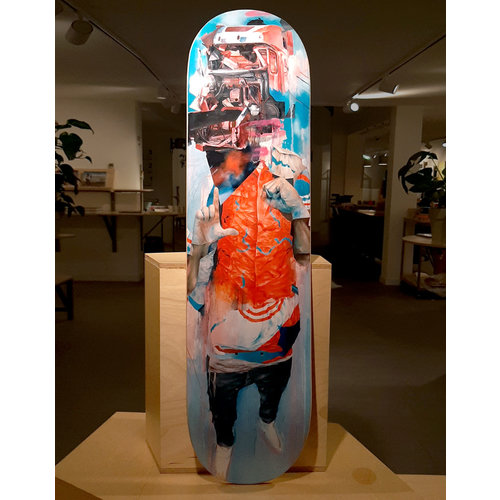 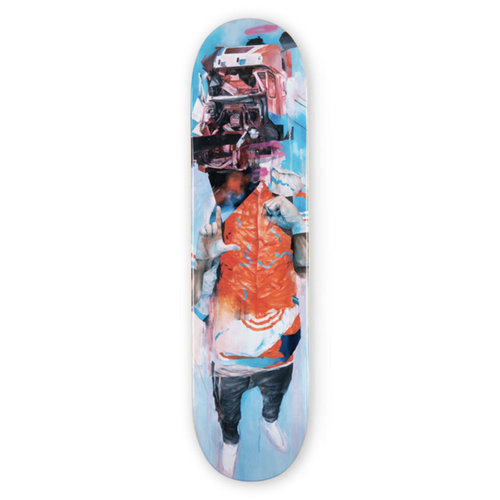 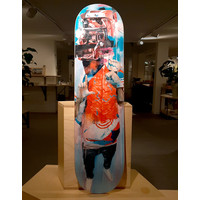 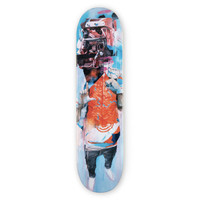 Born in 1983 the small city of Lelystad, The Netherlands, Joram Roukes earned his BFA in fine arts at the Minerva Academy of Arts in Groningen in 2006. In 2008 Roukes was awarded a stipend from National Arts Foundation ‘Fonds BKVB, which is currently known as Mondriaanfonds, which he used to set up an artist residency in Brooklyn, NYC. Joram Roukes’ work is a dark, humorous play on topics that range from popular culture, global affairs and personal experience. Creating juxtapositions of imagery to create abstract narratives and figures that evoke introspection and contemplation. His work gained attention from several international galleries like Thinkspace in Los Angeles, StolenSpace in London among others. He has since shown his work in Copenhagen, Paris, Berlin, San Francisco, New York, Los Angeles and London to name a few.
Currently, Roukes is represented by Thinkspace Gallery (Los Angeles), StolenSpace Gallery (London) and Galerie 42b (Paris).
Since 2015 Roukes is actively painting large scale murals across the globe, applying his old love of painting graffiti on a larger and more mature scale.

After doing a 2,5 year residency in Los Angeles in close partnership with Thinkspace Gallery, Joram Roukes now lives and works in Amsterdam, The Netherlands. 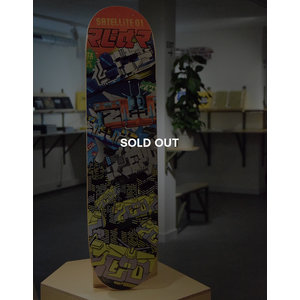 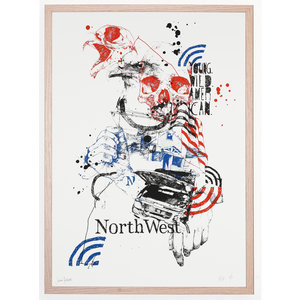